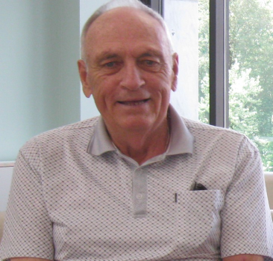 Stan passed away in his 71st year.

Son of the late William (Bill) and Edith Froude.

Loving Grandpa and Papa of our wonderful grandchildren

Grandpa, Papa  so loved spending time with each of you. He was interested in your lives, your achievements and your future.

In his younger days, he assisted with the organization of Mary Immaculate Church 1st Youth group along side Pastor

Father Roy. Stan was a Eager Beaver coach and mentor. He played baseball, liked to fish, loved the beach, golfed and played cards.  He was a chauffer, hairdresser, candy man, cook and a story teller. For the little ones, he would perform his magic coin trick, and he loved to see their little eye's light up 'do it again' was usually their response. And, yes he did it again, and again.

Stan retired from Canada Post after 33 years of service.  During his retirement he did odd jobs for anyone who needed help. He was a fan of the Montreal Canadians, London Knights and the Toronto Blue Jays. He was the ultimate garage sale shopper.  If you were looking for something all you had to do was ask Stan.  He brought smiles and amazement when he presented that certain 'treasure' you requested. You could always count on him.

He was a collector . He was Santa to many.

Stan had been hospitalized and struggling with his health for the past six months.  He was ever optimistic and worked to regain his strength.  His wish was to come home, which he accomplished even though it was only for a few weeks.  Although he wasn't able to maintain his health, Stan lived his life to the fullest and on his own terms.  He will always and forever be in our hearts and memories.

Stan has requested no funeral service.  Cremation has taken place.

And online condolences may be made at www.affordablefuneraloptions.ca

Share Your Memory of
Stanley
Upload Your Memory View All Memories
Be the first to upload a memory!
Share A Memory