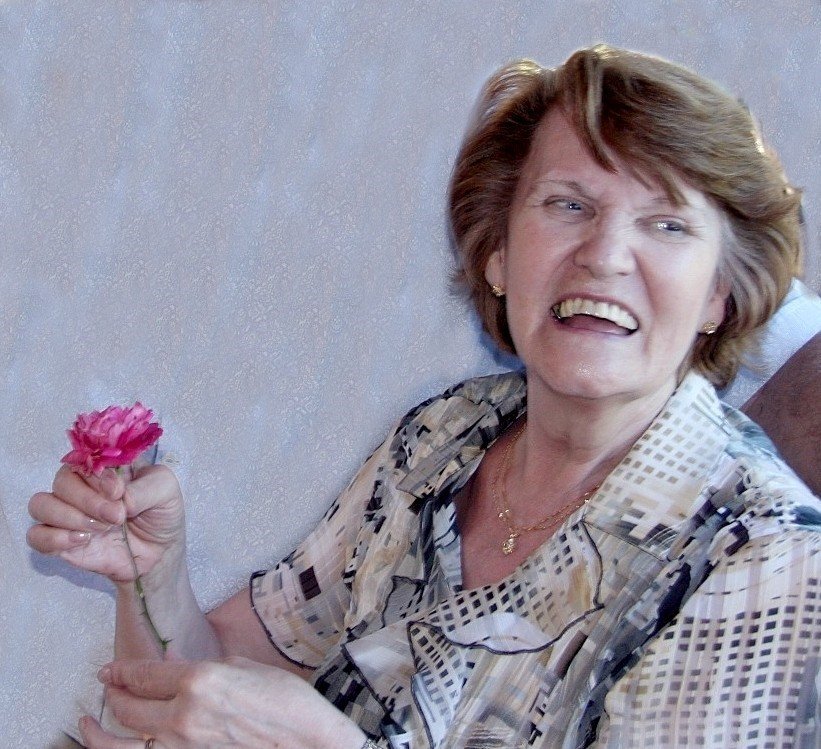 Postponed until a later date

Please share a memory of Shirley to include in a keepsake book for family and friends.
View Tribute Book
HARVEY, Shirley Mae (Spicer) Shirley passed away on Tuesday, March 3rd, 2020 in her 86th year at Victoria Hospital with family by her side. Loving wife of Douglas Harvey; preceded by daughter Karen Kloibhofer (Perry); mother of Shawn Harvey (Tania), Jeff Harvey (Susan), Julie Low (Chris), Sheri Robertson (Gordon) and Geordon Harvey (Julia). She will be greatly missed by her grandchildren Stef, Jay (Stephanie), Sydney, Olivia, Mia, Simon, Emma, Mike, Tori (Malcolm), Heather, Charlotte, Sebastian, Nigel, and great-grandchildren Nolan and Nora. Shirley grew up on a wheat farm in Saskatchewan, amongst a large family of 13 children; daughter of the late Gordon and Robina Spicer. She moved to Ontario in her 20’s, and as Doug fondly remembers their meeting, “On New Year’s Eve of ‘58, a snow blocked highway sealed our fate...” During their 60 years of marriage, they enjoyed exploring Canada, coast to coast. She lived a fulfilling life, busy with her creative talents, reading and playing games. She proudly holds the record for highest and lowest score in Ticket to Ride. The family would like to thank the staff of the CCTC unit at Victoria Hospital for their compassion. Your dedication and support to both Shirley and the family was outstanding. The Celebration Of Life has been postponed until a later date.

Share Your Memory of
Shirley
Upload Your Memory View All Memories
Be the first to upload a memory!
Share A Memory