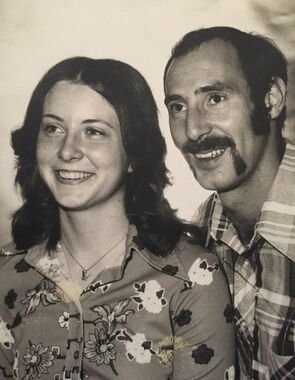 Please share a memory of David to include in a keepsake book for family and friends.
View Tribute Book

David passed away with his sons present at London Health Sciences Centre on Friday, February 5, 2021. Dave was predeceased by his dear wife and life partner Carol (McGillicuddy) Morrison in 2019. He is survived by his two sons Jason (Becky) Morrison and Darryl (Heather) Morrison, his granddaughters Zoe Sofia and Abigail Clover, his dear friend Sarka McLean and cherished aunt, Bertha Bigney. As well, he is survived by his parents Earl and Barbara (Burton) Morrison. He is the much-loved brother of James (Arlene), Terry (Brenda), Robert (Sharon) and sister Lu-Anne (Cary) Newell. David was predeceased by his brother Kenny in 2016. He is also survived by many loving in-laws, nieces and nephews.
David was a delivery driver for Gigi's Pizza on Dundas Street in Woodstock where he met his wife Carol. He then worked at Overland Express. His true love was cooking and he became a lead cook/chef at restaurants in Hamilton, Burlington and London, Ontario.
David had a great love for sports and especially hockey, broomball and baseball. He was a great fan of the Toronto Maple Leafs and Toronto Blue Jays. David was proud to have attended the first Toronto Blue Jay game at Exhibition Stadium on April 7, 1977. He played softball with the Firestone team in the C.I.S.L. league in Woodstock winning championships in 1977 and 1978 and then going on to coach.
David and Carol loved camping, especially with their boys. They adored their dear granddaughters. They hosted many amazing holiday dinners and family events over the years.
David was known to enjoy a good game of cribbage and would often play with family and friends taking great delight in winning the game, with a huge grin and a jolly laugh. He also loved to go fishing with his brothers at Port Stanley or at the river by the old apple factory in Woodstock.
In remembering David, please take the time to feed the birds as he did, play a game of cards with gusto, make a fine meal for those you love, persevere and accept help if you are going through a tough time, and love the ones you are with.

Share Your Memory of
David
Upload Your Memory View All Memories
Be the first to upload a memory!
Share A Memory