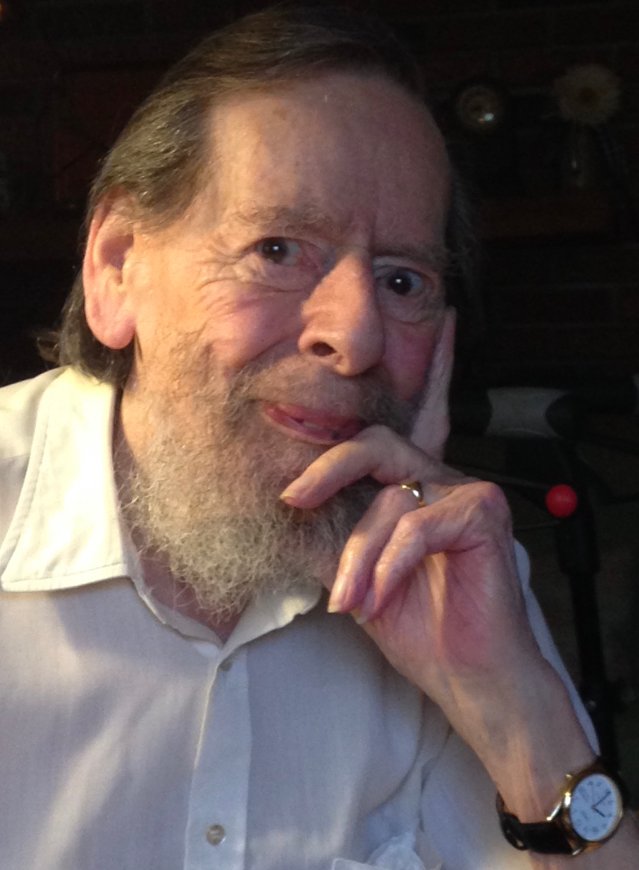 Please share a memory of Ian to include in a keepsake book for family and friends.
View Tribute Book

With breaking hearts, we announce the passing of Ian Trowell, aged 90, on Thursday, March 11, 2021. He departed this life in his London, Ontario home, surrounded by his family. Sculptor, poet and essayist, he was knowledgeable about all the performing arts, particularly music, but his consuming passions were the visual arts and writing.

Born in Hove, Sussex, in wartime England, he immigrated to Canada, April 1951 and worked in journalism and corporate public relations in Port Arthur (now part of Thunder Bay), Vancouver, Toronto and Montreal. By 1966, he was sculpting part-time. His career as full-time artist was launched after a number of exhibitions at major art galleries and receiving the top award at the Ontario Society of Artists’ 99th Annual Open Juried Exhibition, 1971. A year later, elected president of the 100-year-old OSA, he gave his main attention to promoting the works of his fellow artists, first in Toronto, then in Niagara-on-the Lake, using his combined talents of art knowledge and writing. He never stopped encouraging other artists. His own works have been exhibited in numerous shows in Canada and abroad and are in private and public collections around the world. (webpage: IanTrowell.com). He was exhibiting his art, publishing poetry and writing essays (many about artists) to the end.

For seven treasured years, Ian and his wife Angela learned from wonderful Prince Edward Islanders how to survive on a 90-acre farm. Art and writing assignments kept them afloat.

Ian will be remembered by far-flung friends and close neighbours as kind and gentle, with a marvelous sense of humour and sardonic wit; a philosopher and mentor; and a fount of wisdom about everything, especially the arts.

He leaves his ever-loving soulmate of 48 years Angela, his much-loved daughters, Lisa Trowell and Sue Trowell (Brian), grandchildren Kristy (Ryan), Jake, Sydney and Davis and great-grandsons Jeremy and Kayden. Sincere thanks to South-West LHIN and many good friends. A celebration of life, in some form, will be held later. Friends will be advised

Share Your Memory of
Ian
Upload Your Memory View All Memories
Be the first to upload a memory!
Share A Memory