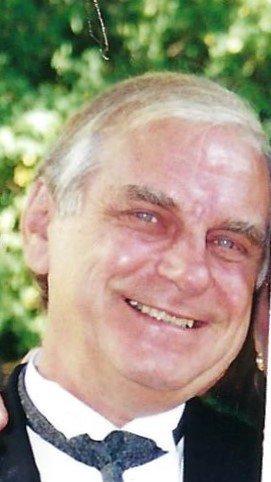 Please share a memory of William to include in a keepsake book for family and friends.
View Tribute Book

William (Bill) Gilbert precious husband and best friend of Janet M (Harris) Gilbert of London. Dearly loved, respected and proud father of Scott and wife Sandra of London and David and wife Jaime of Montreal. Proud and loving grandfather of his girlie girls Isabella, Autumn and Frances. Son of the late Nelson Gilbert 1980 and Verla Gilbert 1945 and Isabelle Gilbert 1989. Son-in-law of the late Thomas Harris (1969) and late Jan Harris (2004) of Tillsonburg. Dear brother and brother-in-law of the late Don Gilbert and the late Elsie Gilbert of B.C., late David Gilbert and his wife the late Donna of Brantford, Wayne (Spike) and Shirley of Peterborough, the late John Gilbert of Woodstock, Mary Margaret and Doug Smith of Bath, Wendy Gilbert of London. Brother-in-law of Karen Vincent and the late dear friend Don Vincent of Tillsonburg, Tom Harris and wife Barb of Chatham, the late Tim Harris and sister-in-law Debra Wood of St. Thomas. Dear friend of Bonnie and Bill Knott of Ingersoll.

Bill worked for many years at C.B.S. Equipment and Ampro Electric of London. He started the Cleardale and White Oaks boys’ minor baseball teams in early 1970’s. He also coached hockey for South London Minor Hockey Association for many years and was admired by his players. Bill was a man with quick wit and loved his family greatly, especially his granddaughters. Bill will be missed by his many friends and colleagues.

Donations would be appreciated by the family to Canadian Cancer Society or Berean Baptist Church (932 Leathorne Street, London, ON N5Z 3M5). There will be a burial at Mount Elgin Cemetery at a later date. Online condolences and memories may be left at www.funeraloptions.ca.

“Don’t cry because it’s over. Smile because it happened. – Dr. Suess