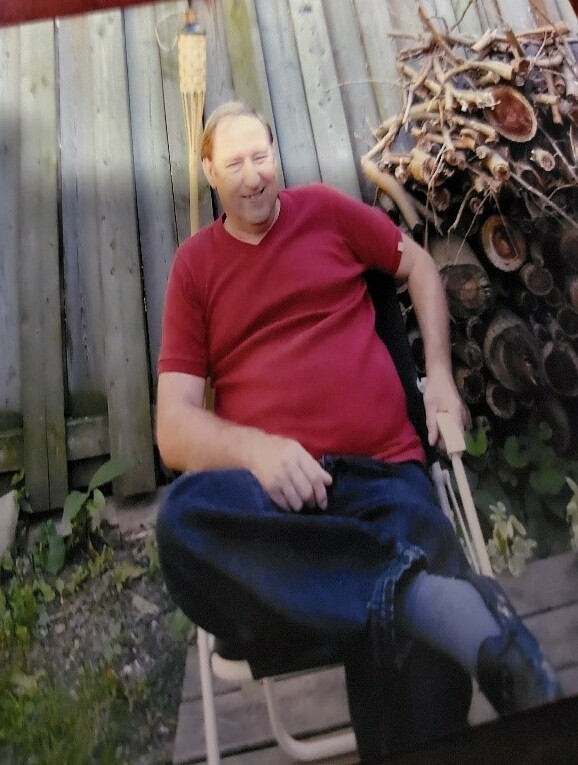 Please share a memory of Johnny to include in a keepsake book for family and friends.
View Tribute Book

Richard Whitaker in his 73rd year passed away at his home in London, Ontario on October 14, 2022

Richard was born in Tazewell, Tennessee, and went to Claiborne High School. After graduation, he was conscripted to serve with the United States Army during the Vietnam war and was lucky he went to Germany.

Richard came to Canada in May 1971 to marry his first wife and found a trade doing car upholstery and boat tops which lead him to be a partner at Dixie Auto Trim for over twenty years.

Richard is survived by his wife, Mary Whitaker (nee Crump). His daughter Johanna Whitaker and granddaughter, Camryn Whitaker. His stepdaughter Jeannie Ecker and her fiancé, Ryan Dixon.  He is survived by his sisters, Linda Singleton, and Debbie Miracle. His sister-in-law and brother-in-law, Ann, and Doug Schmaltz; his sister-in-law and brother-in-law, Angela, and Ken Bohnert and many nieces and nephews and great-nieces and nephews

He is preceded by his brother, Jimmy Whitaker, and his sister-in-law, Karen Whitaker, brothers–in–law Andy Singleton and Junior Miracle, and his parents John and Mildred Whitaker.

At the request, Richard did not want a funeral service and a private memorial was held with his daughters, Mary’s family, and close friends.

Memorial Donations can be forwarded to the Heart and Stroke Foundation of Canada or the COPD Research Foundation.

Share Your Memory of
Johnny
Upload Your Memory View All Memories
Be the first to upload a memory!
Share A Memory