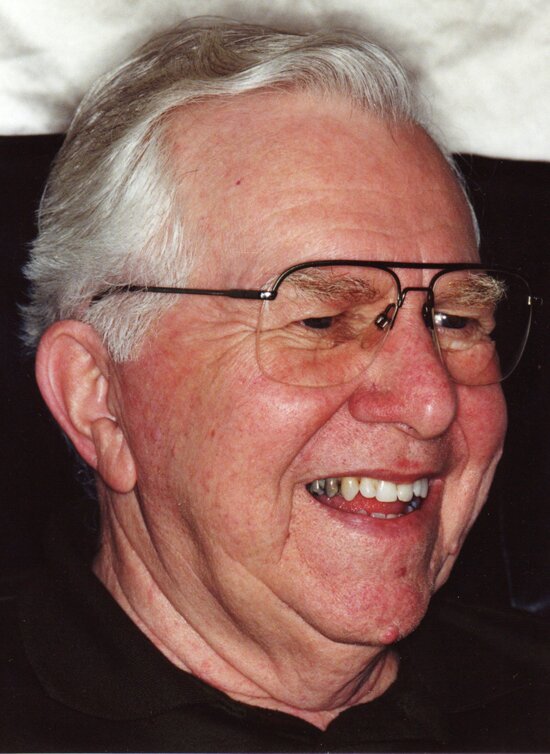 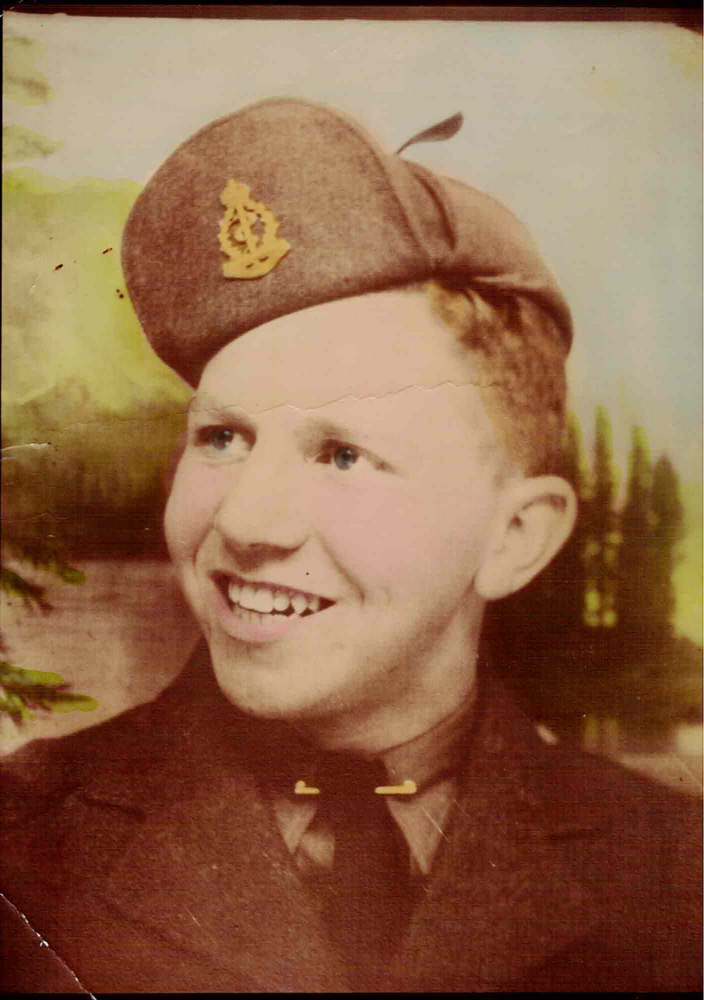 William (Bill) Thompson Thornton passed away on November 21, 2022 in the Parkwood Institute Veterans Care Unit in London Ontario, at age 97.

Born the 3rd of September,1925 to parents William and Isabella Thornton in Montreal, Quebec; Bill was raised by his beloved Aunt Hannah and Uncle Jim Thornton.

Bill’s memories of his happy childhood in Montreal formed the basis of many a lively story that captivated listeners all of his life. After his school days during which time he became fluent in the French language, Bill trained as a welder working with Fairchild Aircraft Ltd. In 1943 eager to join the war effort he enlisted in the Canadian Forces Black Watch Royal Highland Regiment.

Bill saw active duty initially as a medic in Europe at the end of WWII. Interspersed between tragic war stories were stories of the joy he experienced reuniting with his father and siblings who had returned to Scotland after his mother’s death (1927) and who were absent in his early years. The emotional bonds he formed with his Scottish family during his military leaves in 1945 Scotland carry forward to today.

Bill was a master of all trades. After the war Bill joined the Bell Telephone Company as a member of the team of electricians setting up the original telephone exchanges in eastern Canada and across Ontario. This assignment took him to Brantford, Ontario where he met and married his partner for life Aileen Thornton on July 1,1950. Bill’s extraordinary people skills led him to a successful career in sales. In partnership with Aileen he owned and operated Bill Thornton Insurance Brokers in Woodstock, Ontario for 18 years before retirement.

Bill’s artistic nature, a Thornton trait, shone through in his photography, drawing, painting and woodwork. Inspired by Aileen’s abundant flower garden and his love of nature, Bill created amazing art pieces. Driftwood gathered at their cottage at Kettle Point became a kaleidoscope of butterflies; birds soar through his etchings on wood panels.

A procession of remembrance took place at Parkwood Veterans Care on November 21, 2022. Bill was a happy man who lived a good life. We will always remember him in our hearts.

The family wishes to express their gratitude for your kind thoughts and condolences at this time.