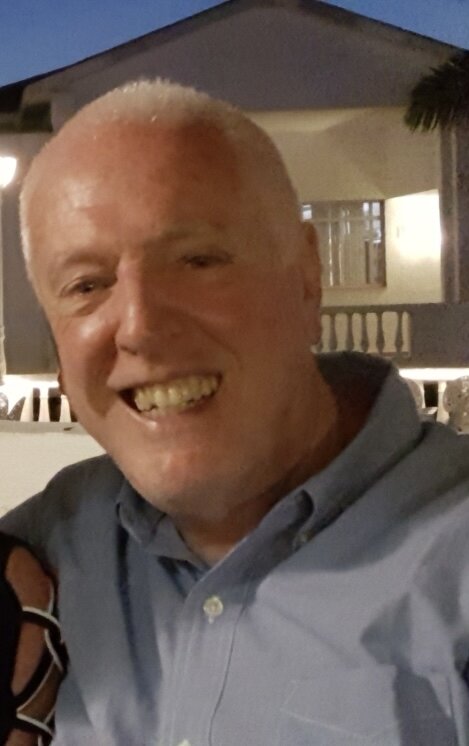 Please share a memory of Alexander to include in a keepsake book for family and friends.
View Tribute Book

It is with heavy hearts that we announce the passing of Alexander John Brown on Monday, December 26th at the age of 76. He peacefully left this world surrounded by loving family. John is survived by his beloved wife Kaye Brown (nee Monaghan-Lusk) and his 3 stepchildren, Krissy Hasson (Jonathan), Kim Watson (Scott) and Greg Lusk (Jackie). He is lovingly known as "Papa John" and will be sadly missed by his 8 grandchildren; Evan, Lauren, Cole, Jake, Max, Eddie, Wyatt and Taylor. John is also survived by his cousins Lisa Boyd (Kevin) and Ronald Sangster (Denise) and several other cousins and family members throughout Scotland.

Born to Janet and Alexander Brown, John was an only child but grew up surrounded by many aunts and uncles in Alva Scotland where he lived until he moved to Johannesburg, South Africa in his early 20's. John spent approximately 20 years in South Africa where he worked as a Tool and Die Maker, travelled extensively around Africa and made many lifetime friends in which he was always sure to keep in close contact with over the years.

John moved to Canada in 1982 and continued to work as a Tool and Die Maker in London, Ontario where he eventually met his wife Kaye, "Mary K" as he liked to call her, in 2002. John and Kaye married in 2005 and shortly after John switched careers and worked as a porter at Victoria hospital until he retired at the age of 71. John's passion was helping others. He spent close to 30 years of his life volunteering with Hospice, The Ronald McDonald House and with Palliative Care at both Victoria Hospital and Parkwood. In fact, John spent his last morning helping others at Palliative Care Parkwood doing what he loved to do.

John loved the comradery of family and friends and could always be found with a smile on his face and a beer in his hand. He enjoyed cooking and was well known for his shepherd's pie and his ribs "made with lots of love". He passed along his love for baked beans and mushy peas to his grandkids and even successfully convinced a few family members to taste his beloved Scottish Blood Pudding and Haggis. We are so grateful and blessed for all of these cherished memories. His uplifting spirit and presence will be sadly missed by everyone who has had the honour of knowing him.

A celebration of his life will be held in the spring. Memorial donations to the charity of your choice or to Parkwood Institute Palliative Care, St. Joseph's Health Care London, Ontario would be greatly appreciated. Online condolences may be left at www.funeraloptions.ca.

Share Your Memory of
Alexander
Upload Your Memory View All Memories
Be the first to upload a memory!
Share A Memory