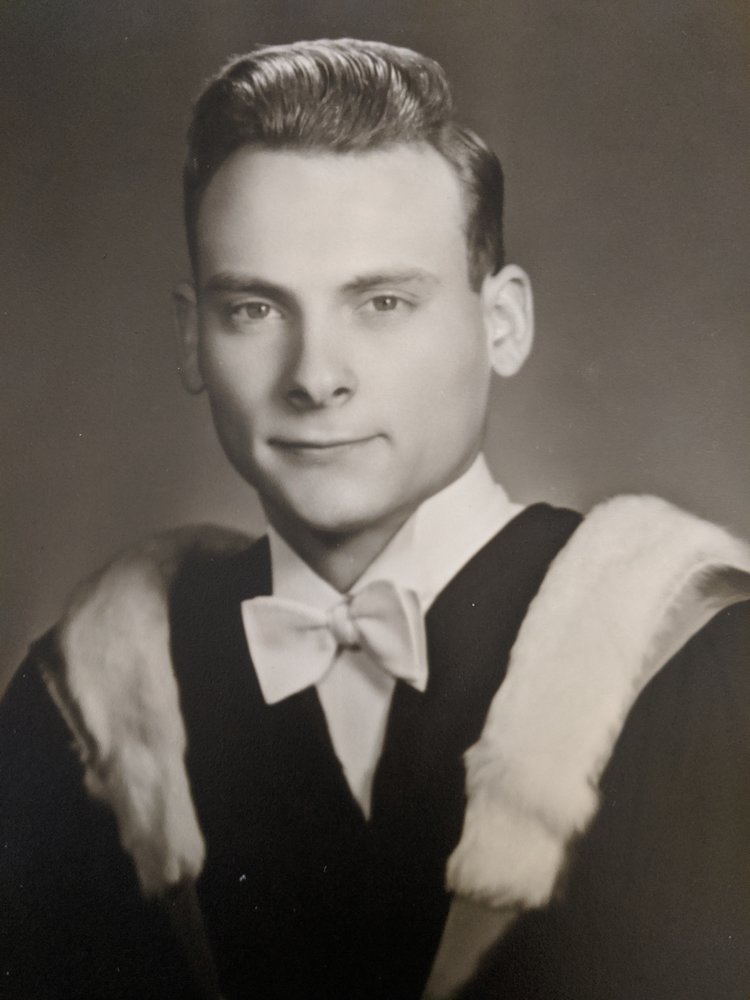 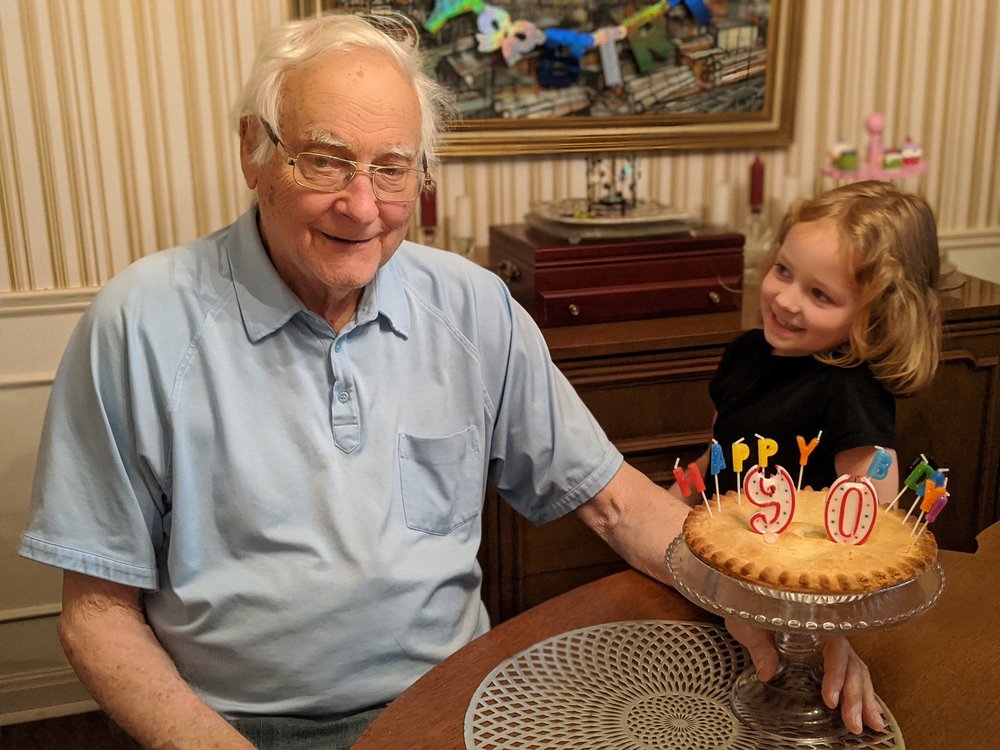 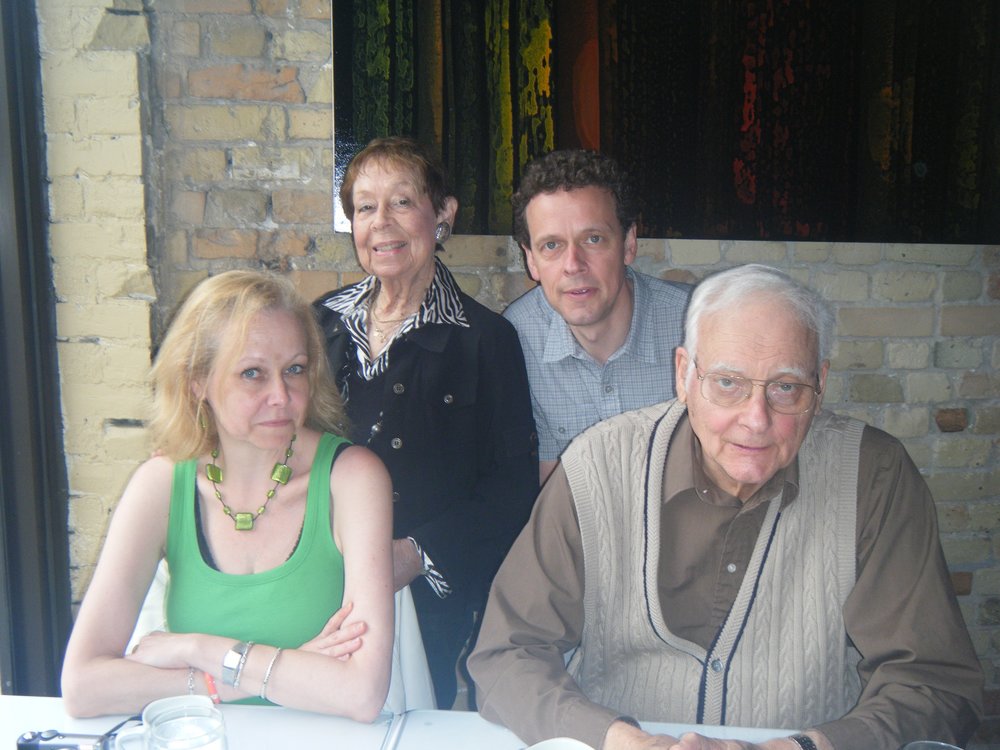 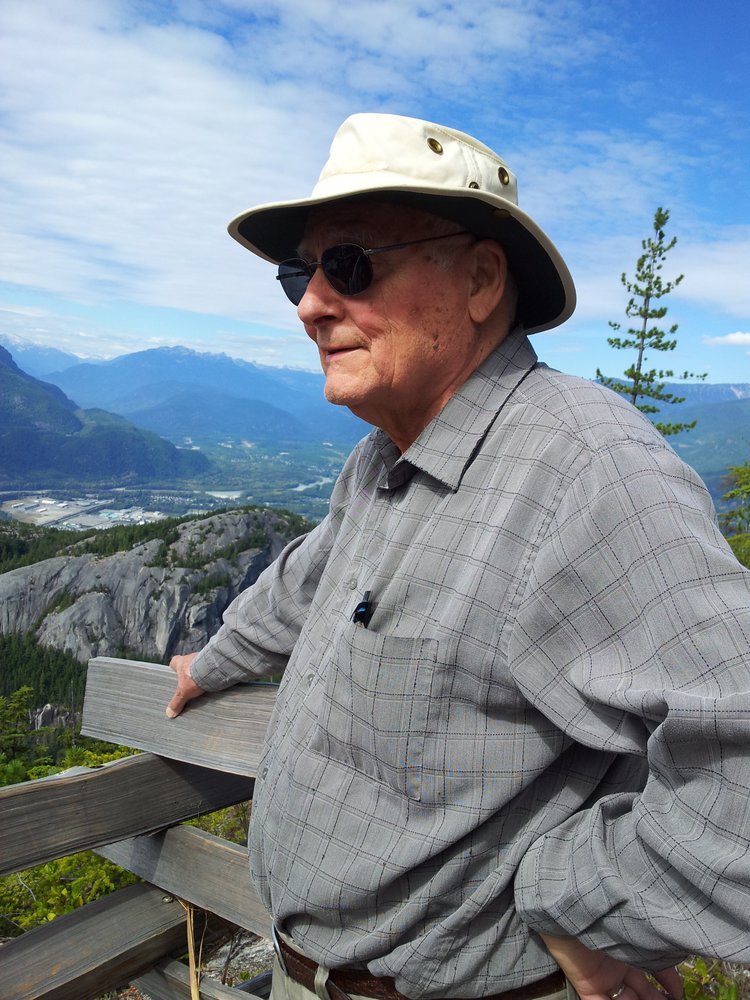 Please share a memory of Donald to include in a keepsake book for family and friends.
View Tribute Book

On a bright and warm September day, Don slipped the surly bonds of earth as his kind and gentle heart stopped beating, in his 91st year.

That day was spent as many others, sipping tea on the deck and breathing in the splendid early fall air as maple leaves softly fell. He contemplated dinner that evening with his "lady friend" Connie White and caught up with his son in Vancouver. Morning papers read, crossword done, he worked on an article for a humanist newsletter, e-mailed and phoned friends, walked a bit, got the mail. And then he left us. Don died a happy man and leaves a huge legacy as patriarch to three generations. He lived his values. As friend Jack Schenck said, Don never said no to anyone. A sweet and genuine man, he was liked by all.

Deeply missed and loved by children Alison Cunningham of London ON and Graham (Karen) Hatch of Port Moody BC. He was our rock. Adored grandfather to Hilary Cunningham (Andrew Romanchik), Christopher (Christine) Hatch and Kayleigh Hatch. A welcome lap for cuddles with great-granddaughters Maeve and Mila. Pre-deceased by Winnagene (nee Seaton), his wife of 60 years, parents Arthur James Hatch and Ruth Pringle Powell Hatch and sister Marion Slauson. Survived by sister Margaret (David) Bauer of Ladner BC, brother George (Arlene) Hatch of Oakville ON and nieces Melodie Ellis, Angela Hermary and Michelle Serena.

Born in Guelph, Don graduated from the Ontario Agricultural College in 1953 and worked for 37 years in various capacities in the Canadian chemical industry, travelling across Canada and many parts of the U.S. and England while living in several communities: Norwich ON, Montreal QC, Norton-on-Tees UK, Tsawwassen BC and London ON where he retired in 1990.

After retirement, Don realized his dream of earning a private pilot's license. Flying, fly-ins and everything about aircraft brought him joy. He was a busy guy with a wide circle of friends. He was active in the 427 Wing of the Royal Canadian Air Force Association as well as the London chapter of the Recreational Aircraft Association. He was Past President of the Humanist Association of London and Area and enjoyed great connections with like-minded thinkers including Rod Martin and Goldie Emerson whose companionship he valued deeply. The late Don Santor of the Plato group was also a close friend. Don restored old radios and TVs and was a long-time member of the London Vintage Radio Club. He could fix anything. His 30 years of retirement were never boring.

Don had an amazing mind right to the end. Sharp as a tack with wide-ranging interests, he relished a spirited conversation on philosophy, religion or the state of the world. Jennifer Wenn was a loyal visitor who shared many debates over tea and cookies. A voracious reader, he also loved to write. His interest in philosophy and the history of late antiquity led to the publication of a book on these subjects. Editing newsletters was a favourite pastime including the Slipsteam of RAA and the Enlightenment for HALA. A gentleman of the old school, he gamely tackled technology including desk-top publishing, e-reading and Zoom meetings… with tri-focal glasses!

Many thanks to the responding paramedics and their valiant efforts to restart his heart and to the emergency team at University Hospital for their kindness as we navigated the shock of his passing.

He requested cremation. With COVID restrictions on gathering size, a later date will be announced when all Don's friends and family can join in the celebration of a great life well lived. Memorial donations can be directed to the Canadian Cancer Society.

Share Your Memory of
Donald
Upload Your Memory View All Memories
Be the first to upload a memory!
Share A Memory